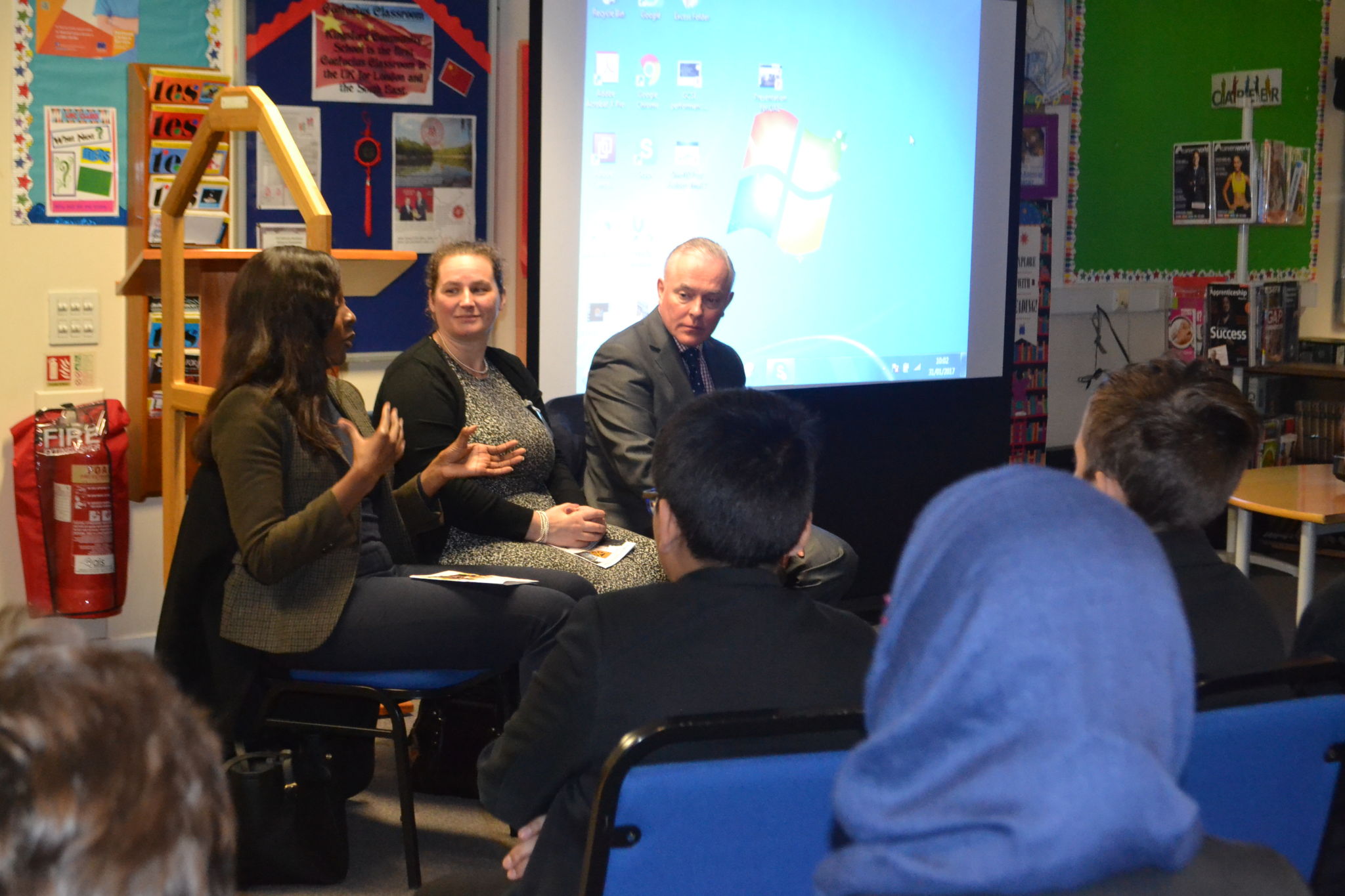 On Tuesday 31st January a group of Year 9 Most Able pupils at Kingsford Community School were treated to an inspirational talk on working in the legal industry from one of the country’s top prosecutors. Andrew Cayley, QC, who serves as the head of the Services Prosecuting Authority, responsible for the handling of prosecution cases pertaining to members of the armed forces, spoke to pupils about their career aspirations and the intricacies of working in the legal profession. In a wide-ranging question and answer session, he and his colleagues, Major Joanne Edwards, and Jacqui Danyki a barrister working with Hertfordshire County Council, discussed the current geopolitical situation and the implications of Brexit for pupils from our culturally diverse area of Newham. In such uncertain times, Mr Cayley stressed that there was an even greater need for kind of multicultural, integrated community spirit which he saw amongst the school’s pupils. Of the school and its pupils, Mr Cayley said ‘it was a pleasure to come to visit an inspiring school and to have the opportunity to speak with such wonderful and intelligent pupils.’